Christmas is fast approaching and with Black Friday just around the corner (at the time of writing this article) we thought that we would feature what we think are some great Christmas Eau De Toilette gift suggestions if you’re on a budget.

These suggestions are based on what we have experienced in the past and a few classics that we felt needed to be on the list purely for their classic status.  Here we go! 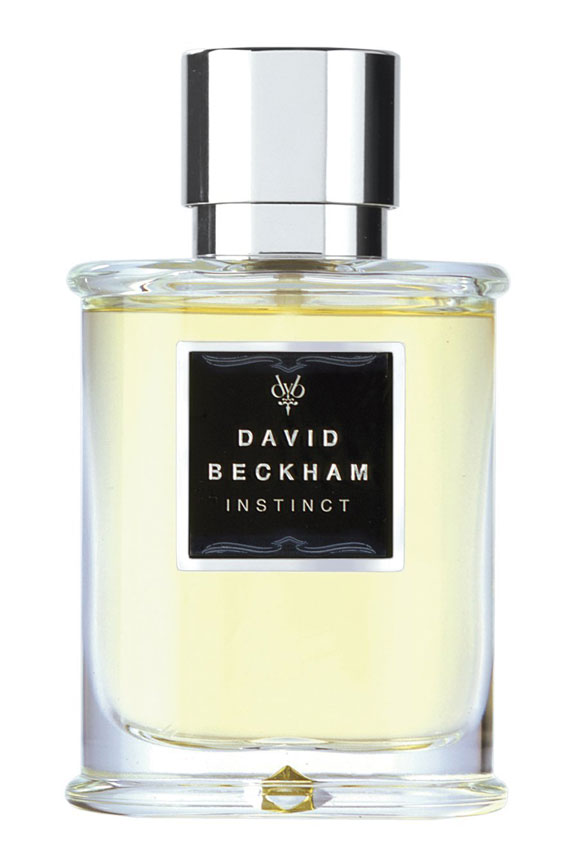 Instinct from David Beckham is one of those scents that really does take you by surprise.  The reason why we say that is simply because it smells so good you wonder why it’s soooo cheap.  Well, we’re not going to worry about that for now but we know that if you’re looking for a great gift idea for the discerning person in your life who wants a good daily driver scent and doesn’t want to dip into their more expensive repertoire of scents and fragrances then this is the ideal gift for them.

The overall scent is fresh, elegant and acts as an invigorating fragrance that could be used at any time, day or night.  The aroma is derived from its citrus orange and mandarin notes with its freshness from the added Italian bergamot.

It’s an ideal gift fragrance for the classy, modern man and very much the first scent worth considering on this list.

Get Beckham’s Instinct from Amazon 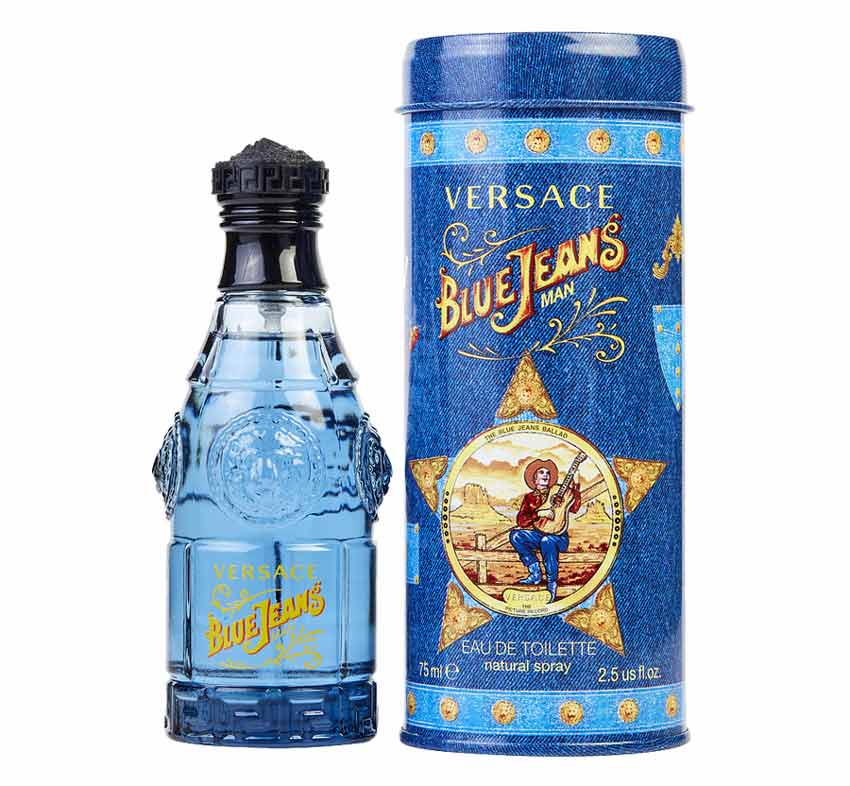 The next on this list is an Eau de Toilette that for the price you pay we feel easily needs to be in budget this gift guide. Versace Blue Jeans is a firm favourite with everyone at We Try Anything Towers as it’s a fragrance that just exudes class.  Introduced way back in the mid-nineties this fragrance was an instant classic when it was launched.

The scent is cool, crisp and full-bodied with a hint of bergamot and a base of vanilla and patchouli.  This fragrance was designed to have a very distinctive masculine aroma and while back in the day this was considered to be quite expensive you can now get this Eau de Toilette as a budget gift for the man in your life from only £15 for a 75ml bottle at Amazon.  A great fragrance at a great price!

Get Versace Blue Jeans from Amazon

3. Police – To Be Rebel, Eau De Toilette for Men

This is a fragrance gift suggestion for someone who has more of a rebellious side to them.

From the off, you’re hit with its very distinctive packaging and on opening the box you are greeted with a bottle design that just really stands out.  The bottle is shaped into a blue skull that has a striking red Mohican top to it, which says it all really.

The fragrance is designed for a more energetic, confident person in mind.  The smell is fresh, sweet and classy which comes from its citrus based notes, such as orange and mandarin and has its freshness from the added Italian bergamot.

We would suggest Police’s To Be Rebel if the person you are buying it for likes a punchy and uniquely masculine fragrance.  Though not something we would suggest as a daily driver, as it’s underlying sweetness may be a little overwhelming for some.  For a night out or special occasion then it’s ideal and from around the £15 mark, it’s a great budget scent.

Get Police – To Be Rebel from Amazon 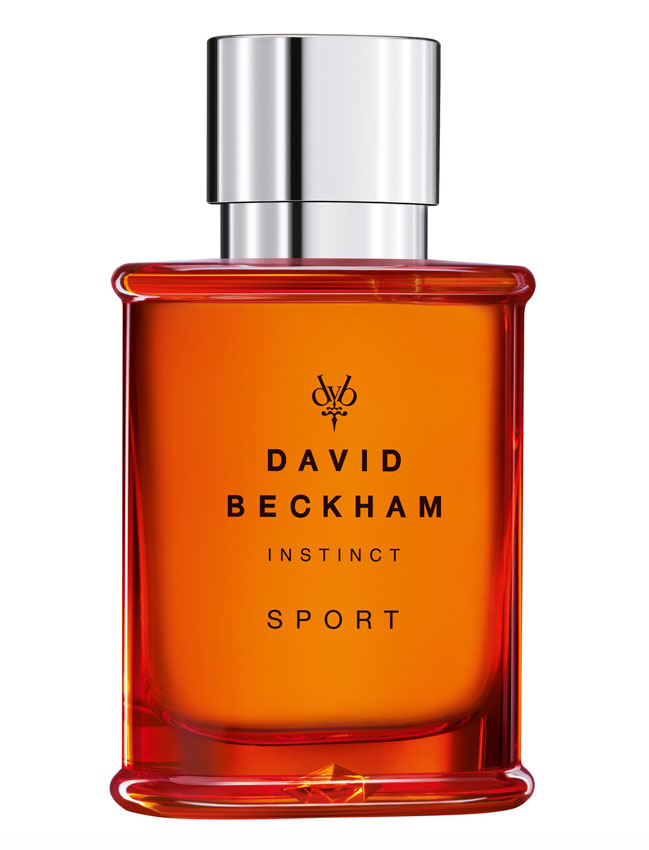 Another firm favourite on this list is another fragrance from the house of David Beckham called Instinct Sport.  Instinct Sport is a modern, lively scent that is designed to appeal more to the active, sporty type of person in your life.  The energetic, woody aroma comes from the cocktail of ingredients used to liven up this fragrance.  It includes a mixture of ginger, mandarin, violet leaves, apple, geranium, cashmeran, patchouli and sandalwood to give the fragrance its distinctive aroma.

We loved the smell that Instinct Sport gives off when we tried it.  You may notice though that for the price we have seen the eau de toilette starting from, which was around the £10 mark, you don’t get as much as you would do with David Beckham’s other scent Instinct but it is a scent worth considering and savouring when you try it because it’s one that we would absolutely have no problem wearing on a night out.  The added bonus is that as it’s heading into the festive season you can get the Instinct Sport as part of a fragrance set which we would suggest as a fantastic gift idea for the sporty person in your life.

Get Beckham’s Instinct Sport from Amazon 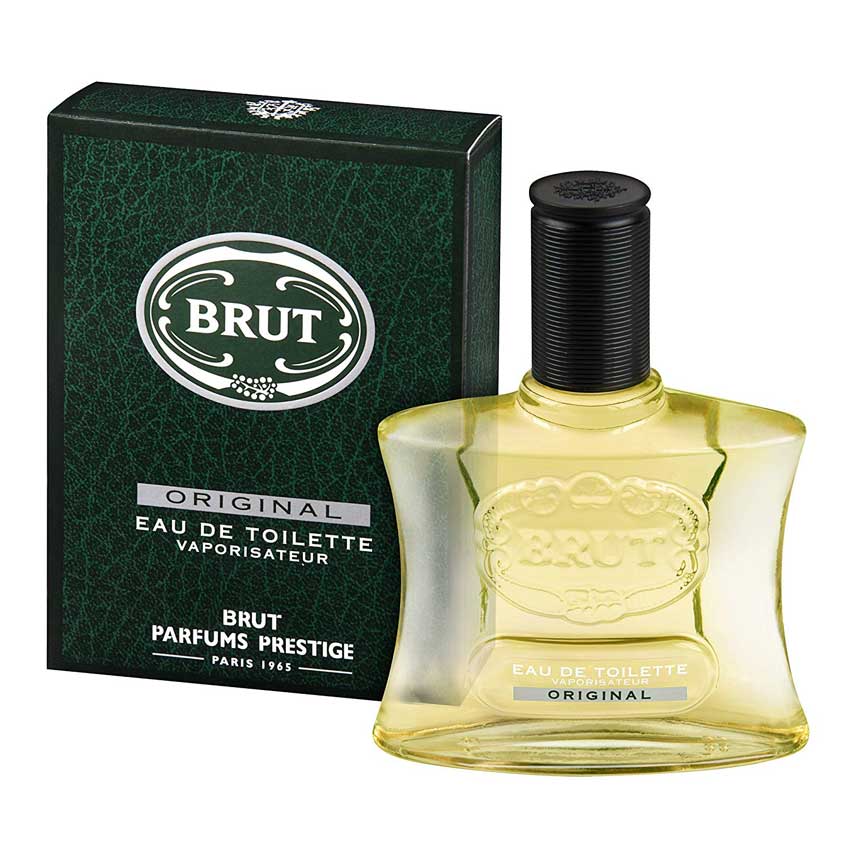 Brut has been going in one shape or form since the late 1960s and for us, it will always conjure childhood memories of trying on our dad’s bottle of Brut before we attended a party or an event with our parents as it was a bit of fun pretending to be an adult at the time.

Fast forward to today and we see Brut as a bit of more of a nostalgia brand amongst people who were brought up in the late ’70s and ’80s and for that reason, we thought that it would be a worthwhile suggestion to add to this list especially as it’s for a budget Christmas present.

Brut has a very distinctive aroma about it which is a very kind of woody affair.  The EDT contains a mix of all sorts of ingredients to give it it’s individual aroma including the likes of lemon, bergamot, lavender, anise, basil, geranium, jasmine, ylang-ylang and vanilla to name a few.

This present idea is more of a tongue in cheek suggestion and if the man in your life likes a bit of a nostalgia mixed with a fairly wearable EDT then this would be worth looking at.  It does get some great reviews on Amazon, where we found it for the budget sum of £6, so it’s still a popular brand of Eau de Toilette and for that price, it’s well worth considering as a great gift idea.

Get the legendary Brut from Amazon

We understand that some of the Eau de Toilette sprays that we have listed here might not be to everyone’s liking, as everyone is different. They are ones we have enjoyed wearing in the past and for the price, we have found them for we feel that they do act as a great budget present hence our suggestions.  If you are still unsure then why not pop down to your local Boots or perfumery and give them a whirl and you will see why we really liked them. 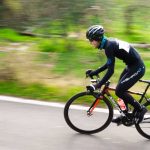 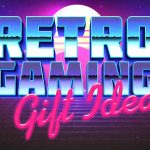