Tony - We Try Anything September 6, 2018
Homestyle and DIYTechnology

Get it on Amazon: http://amzn.to/2xIpueZ

Here is a quick review of a plug socket. Yes, a plug socket, but not just any other plug socket. This plug socket is different in two ways and the title of this review kind of gives both of them away. Here we have a plug socket that has two USB charge ports and has the ability to surge protect whatever is attached to it.

To help with the explanation of what a surge protector does please follow this link https://en.wikipedia.org/wiki/Surge_protector. 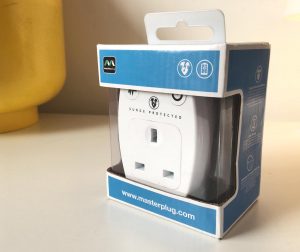 Now the reason why we had purchased this was more of a budget, mid-term temporary measure for our newly acquired Synology NAS box (link of which can be viewed here on Amazon http://amzn.to/2gqs0LO) as we wanted to protect it from any electrical spikes that may happen whilst it is always powered on. We looked at a few variants of having a surge protected solution for our NAS box but we felt that we only wanted to keep this device on all of the time so it only needed a solution to apply to this device as opposed to purchasing another surge protected extension lead just to power this device. 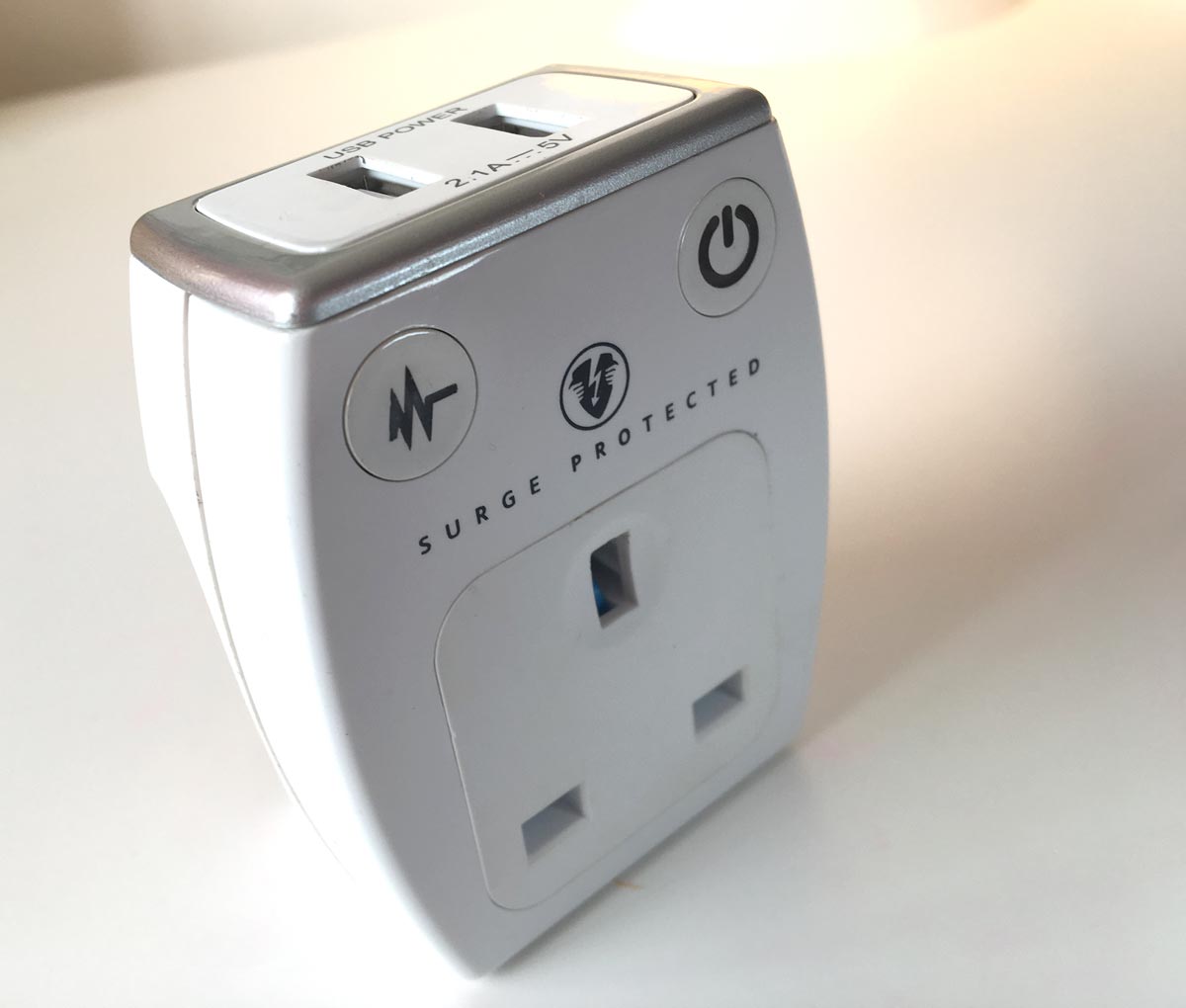 Opening the box you are presented with some instructions and the device itself.  As it’s a Masterplug device you know that it is going to be a well-made product and upon inspection, it doesn’t disappoint. It’s made up of quality white polished plastics and features on the front two symbols, which are led backlit, a three pin socket – for your device to be plugged into; and on top two USB sockets where you can charge your USB powered devices such as mobile phones, tablets and the like. 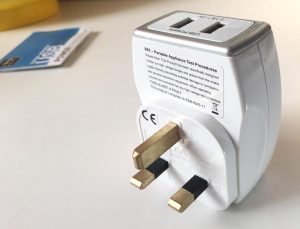 The process involved in using this plug socket is as simple as it can be.  Plug the device into a spare wall mounted socket, plug the electrical item that you want protecting into the surge protected plug socket and switch it on.  Once powered you will see the two backlit led symbols light up to say that it is working and that’s it, simple.  The only thing that we will add is that we currently use this in an office situation and if you are looking to use this product in say a dark room like a bedroom then the brightness of the LED symbols may pose a problem so have a think about that issue before purchasing. 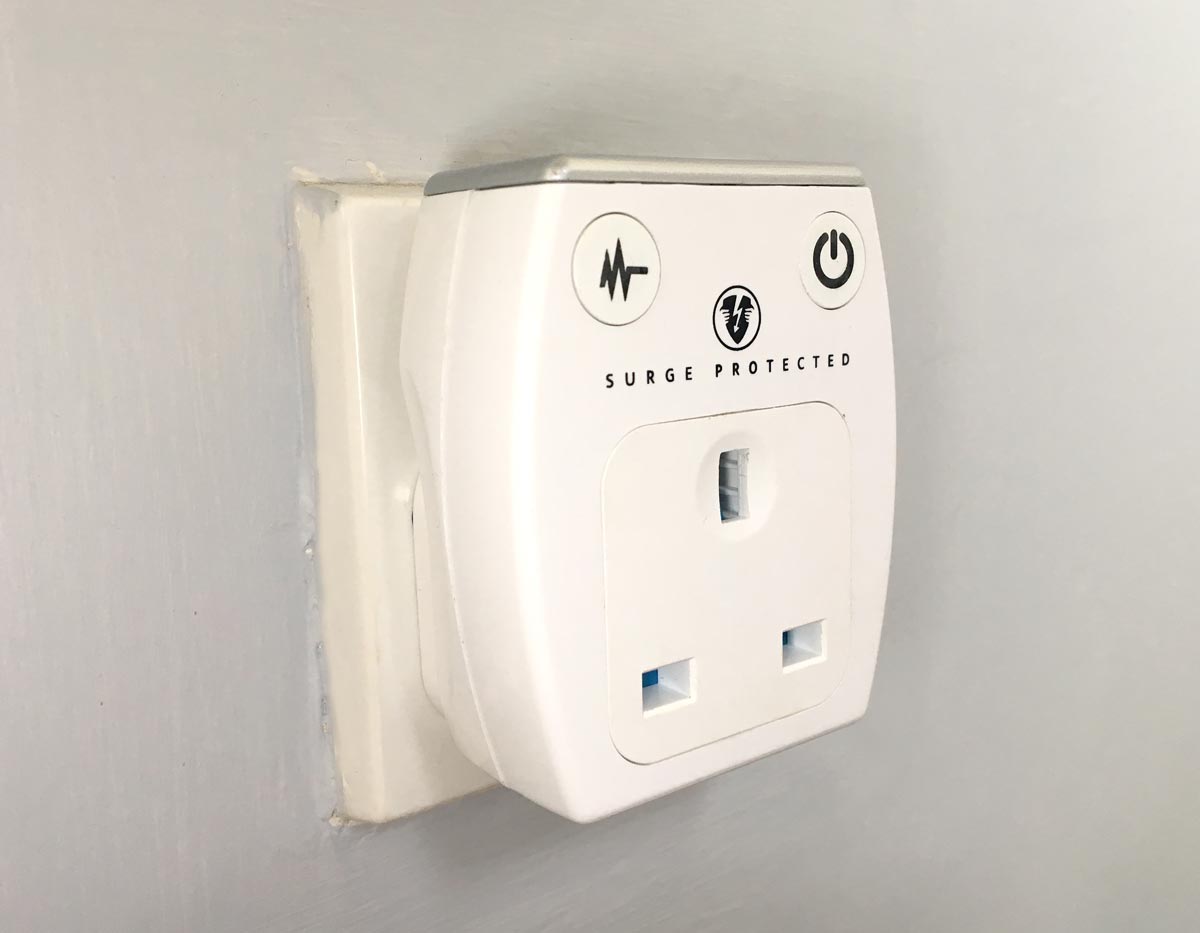 Overall if you are looking to surge protect one device then we think that it’s a cracking prospect.  It was well priced for what it does and super convenient for charging other devices such as mobile phones and the like via its two USB charge points.  There is a cheaper version of this plug socket that doesn’t have the extra USB charge points which can be viewed here on Amazon  but if you are after something that is primarily for one device and has the bonus of USB charging then you can’t go wrong with the Masterplug 2.1 A USB Charger with Plug Surge Socket.

Get it in white from Amazon: http://amzn.to/2xIpueZ

Get it in black from Amazon: http://amzn.to/2goyGKx

Next The £14 RGB Mechanical Gaming Keyboard Review (EasternTimes i-500)

Tony - We Try Anything

Tony is a veteran when it comes to trying products, vehicles and places and with his honest, un-biased review style we hope that when We Try Anything then you don't have to.

Certified Refurbished Apple Watch Series 3 – Is it any good? Unboxing and first impressions

Apex Legends Review, is it any good? 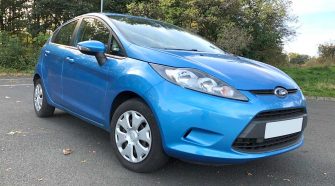 Tony - We Try Anything October 9, 2018
Please note that this site uses cookies: Click here to find out more.