Here we have the Sony Smartwatch 3 SRW50 to review and even though it was released back in the day during 2014 we thought we would have a fresh look at it in 2018. 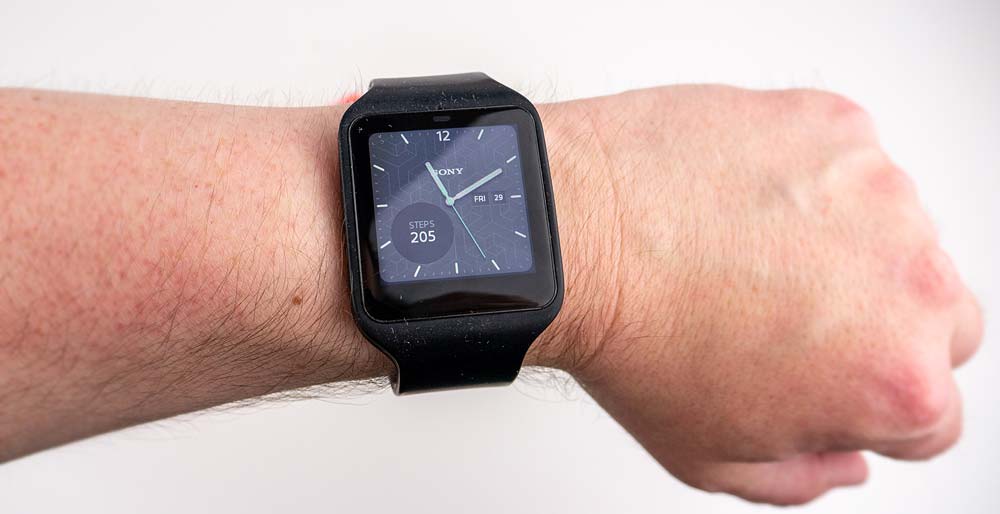 The Sony Smartwatch 3 was released at a time before the Apple Watch and was part of a new raft of Android Wear-powered Smartwatches that was released onto a newly emerging smartwatch marketplace, which included the Moto 360, Samsung Gear Live and LG G Watch amongst others.

One of the unique selling points of the Sony Smartwatch 3 that was marketed by Sony at the time was that it was billed to be more than just your usual smartwatch device that supplied you with up-to-date notifications from your smartphone, it was also billed to be a very effective fitness device.  This was due to the inclusion of GPS which for the price point that the Sony Smartwatch 3 was retailing at the time was great value. 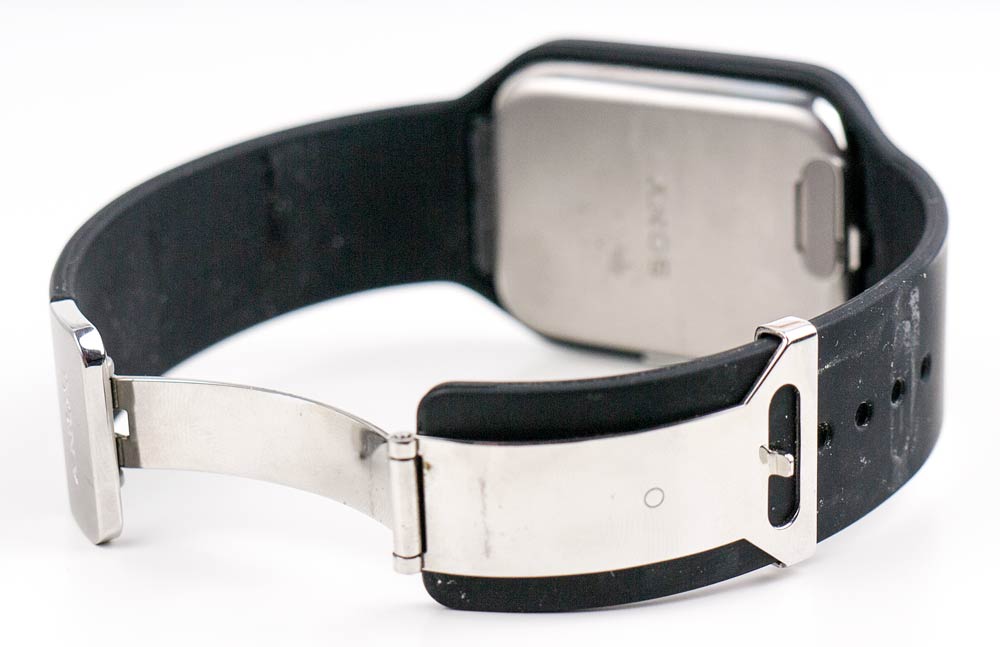 To wear the actual watch all you have to do is adjust where the clasp sits on the watch strap, to suit your wrist size and basically put it on and close the clasp.  We found that it was super comfortable to wear and was 100% secure.  Not once did we find it trying to escape our wrist.

The only negative we found when wearing the silicon banded version of this smartwatch was that it was a dust magnet.  You can probably see in our photos how much dust did accumulate on this watch and when we tried to wipe it clean with a cloth it did make it a little worse but with a little perseverance, it can be made dust-free, for a little while at least. 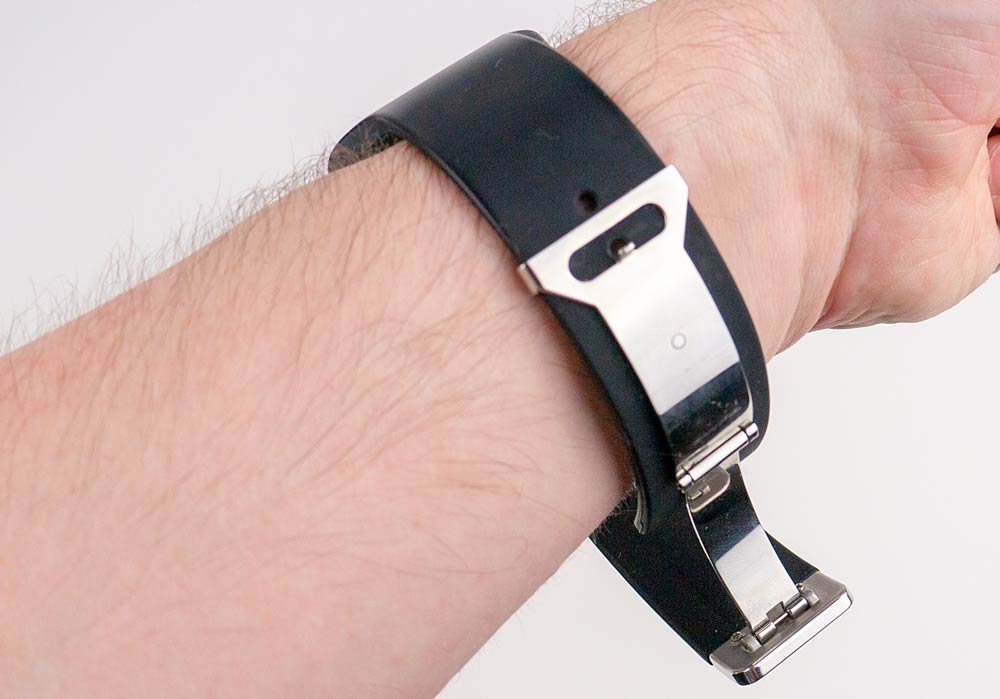 It also has a nice weight to it which isn’t too heavy nor lightweight but we found it gave a bit more solidity to the feel of the watch plus it wasn’t too thick either.

Size-wise, when we wore the smartwatch we didn’t find it too bulky but if you prefer something a little smaller then you may need to look elsewhere.

Sony’s smartwatch is powered by a Quad ARM A7, 1.2 GHz processor which even by today’s standards isn’t too bad and features 512 MB of RAM plus it sports 4 GB eMMC of storage.

The watch can connect to other devices via a Bluetooth® 4.0 wireless connection and also features a Wi-Fi connection which is great as it can use your Wi-Fi connection to check for emails separate from your smartphone which we found worked really well when we were testing the watch.

As well as Bluetooth and Wi-Fi it also features NFC (Near Field Communications), a standard that is used for Android Pay but we didn’t try this feature out in the review so we cannot comment on how well it worked.

The Sony Smartwatch also features, Ambient light sensors, an Accelerometer, built-in Compass, Gyroscope and GPS, ideal for using for fitness allowing you to leave your phone at home while on a run.

Powering the Sony Smartwatch 3 is a 420mA battery that can give you up to 2 days of battery life.  We found that as long as you had the backlit element of the watch’s screen turn off after a couple of seconds of use and GPS turned off then its battery life was around that mark but during our use of the Sony Smartwatch, we were inclined to charge it overnight just in case.

Charging the battery can be achieved via the Micro USB socket which we found on the back of the watch but even though this is a great way of charging the device based on how popular the Micro USB standard is for charging we did find it a little fiddly to use as you have a silicon cover in the way and was a bit hit or miss at times connecting the cable to the watch but you do get used to it.

The Sony Smartwatch uses a 1.6” 320 x 320-pixel Transflective Display, which although wasn’t the brightest screen out there we found it was good enough and can even be viewed in direct sunlight.

Finally, the watch is also IP68 water-resistant rated meaning that you can submerge it in water up to 2 metres for about an hour.

We found that using the Android Wear-powered smartwatch had two different levels of usefulness depending on what operating system the phone it is connected to is using.

If you are using an iOS-enabled smartphone then you may find that you are limited in the use of this watch.  The only notifications that were available were emails and that was it.  We had trouble using voice control and the general experience when using this watch when married to an iOS-enabled smartphone was severely lacking, this was in part due to Apple’s walled garden approach and iOS’s cooperation with connected devices, as they obviously want you to use an Apple Watch with your iPhone.

Connect the Sony Smartwatch 3 to a Google Android enabled phone then the whole experience is a total revelation.  It is night and day in terms of its operation when connected to an Android device. 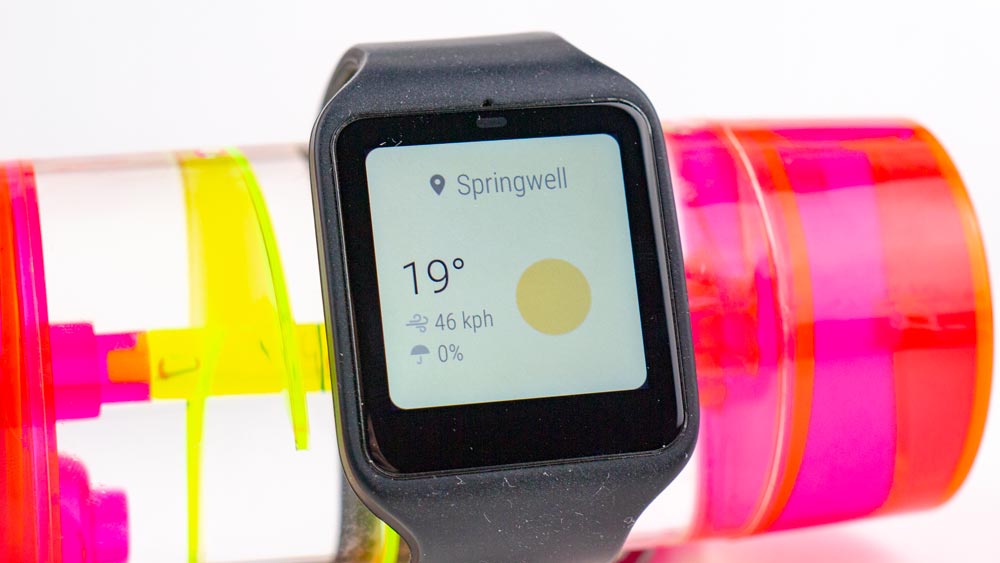 Voice control works a treat and is always listening.  So when you say the words, “Hello Google” the watch wakes up and waits for your command.  You can mention commands like finding out about the weather in your area, navigation queries, calendar events amongst other things and it can be super useful at times.

When using the Sony Smartwatch 3 while connected to an Android-enabled smartphone then you truly do receive every notification under the Sun and after a while, you may want to tailor what you want to be notified of via the Android Wear app.  If you have a fair few emails, WhatsApp and text messages coming through then the watch constantly notifying you might be a bit too much for you to endure.  Saying that though we found this feature to be the best part of the watch and we truly missed it when we tried to connect it to an iPhone.

Music-wise you can control what you are listening to on your phone but one other great feature is that you can transfer a number of MP3 music files to your watch so you can listen to music on the go without your smartphone, which would be a great benefit to joggers and the like.

The Sony Smartwatch 3’s operating system didn’t stutter too much and was fluid in its operation and overall we found the watch a pleasure to use, which is a great plus considering it is a 2014 specification smartwatch.  As it is a 2014 smartwatch, it just misses out on Android Wears watch operating system update which is a shame but if you can get past that we still found the watch did everything we needed of it.

You can change watch faces with ease, by simply long pressing the watch face you are currently on and there is also an extensive library of watch faces that you can download via Android Wear and change to your heart’s content.  For creative types, there are even apps that you can use on your phone to design your own watch face and upload it to the Smartwatch 3, which we tried out and was a lot of fun.

What’s our verdict on the Sony Smartwatch 3?

For a four-year-old smartwatch, it is starting to show signs of age but saying that it is cheap, very capable and features a lot of tech built-in that even some of today’s smartwatches don’t feature such as NFC and GPS but we will say that not having a heart rate monitor might be a deal-breaker for some.

Overall we loved trying it out and using it for a few weeks and if you’re in the market for a smartwatch that isn’t bang up-to-date in terms of operating system and technology then we would say that it is definitely worth considering and especially at its current price.

If you enjoyed reading this review then why not have a read our other Technology-based reviews by CLICKING HERE! 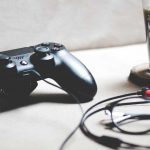